Your browser does not support flash. Use the standard player, or download via the link below. 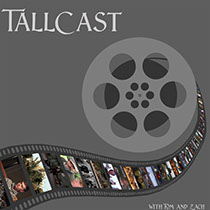 A show about science, technology, pop culture, and most of all film.

Each episode, Tom and Zach discuss, criticize, and evaluate a new film.

In this episode, Tom and Zach barely make it through covering the first third of The Revenant. They also talk about superhero movies and the relative size of bears. With just hours to go, Zach manages to release this prior to the 2016 Oscars. This one's a good one, so if you want to avoid spoilers, listen to the introduction portion, watch the film, then listen to the rest.

The Count of Monte Cristo (Movie)

"If You Kill Him, You will be Just Like Him"

The Forest Shot from the Trailer

Grizzly Bear (This Says the Largest was 2,200 pounds)